Okay. I know I’m going to have people who agree with me, and I absolutely anticipate those who will be angry that I’m even thinking about saying something like what I’m about to in this post. It’s okay. We all have our opinions. This is just mine…

So, I saw this Buzzfeed article pop up in my Facebook news feed today. Did you see it? This story about Tess. Tess is apparently the biggest plus size model to get a major contract. Yay for you, Tess! Here’s the thing though: When I saw this article, and proceeded to read it, I got mad. angry. irritated. It really rubbed me the wrong way. It’s a feeling I’ve had more than once in recent history. And it has nothing to do with Tess. It has a lot, however, to do with the whole “plus size movement” going around.

Let’s go backwards and give a little background on this sitch. For those who have known me for the past couple years, you are aware that I’ve lost some weight. Some would say “a lot” of weight. I didn’t lose weight due to any pressure put on me or because I felt I would be “prettier” or from lack of self-confidence or whatever other petty things someone may think a person would lose weight over. Let’s put this in perspective… 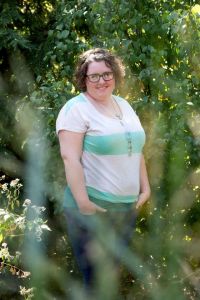 These photos are me in October 2012. These photos are me at over 250lbs. Size 20. I don’t know exactly what I topped out at, but it wasn’t healthy. I felt physically crappy all the time. I had a hard time sleeping. I had back pain all the time. My legs and feet hurt all the time. Did I feel pretty? Yeah. I was confident in who I was and what I wanted to do and I felt pretty in this photo shoot. I never “felt fat”. But I knew all the things listed above were due to my lack of being healthy.

So I made a change. I stopped drinking soda (and stopped keeping it at home, because it’d be what I turned to first) and started drinking water. I stopped keeping snack foods around, like cookies and crackers, because I don’t know how to NOT eat them if they’re around…and not just eat them, but literally eat the whole box (HELLOOOOOO lack of self control). I started keeping healthy snacks around, like apples and hummus and carrots and popcorn. I stopped eating seconds and thirds (which, we all know, means fourths and fifths with American portions) and started watching portion sizes. No. I never counted calories. Ever. Still don’t. I could care less about how many calories went in, because I knew the healthiness levels and portion amounts of the food I consumed were more important. Although, naturally the healthiness levels and portion control help control the calories. And I started working out. I introduced working out at least 3 times a week for at least 30 minutes each time into my schedule. And, ultimately, I started training for a half-marathon, which I completed, much to my own shock, this past November. 🙂 I am down at least 60lbs so far (again, I don’t keep a lot of track of lbs, but rather my clothing size and how I’m feeling), fitting into a size 12 (nearly size 10…my 12s are kinda roomy…), and I wore a bikini and shorts this past summer for the first time since high school!

Now this is the Dawn I know: 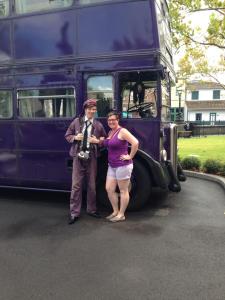 Now, I say all this not at all to even remotely toot my own horn. I am proud of myself, yes, but I will be the first to attest to the fact that it isn’t an easy road and it’s a path you have to choose every single day. Especially if you’re like me and food is practically your BFF (especially in times of stress and sadness) and your metabolism is pretty much non-existent without consistent activity. I get it.

So how does this tie in to why I was so upset when I saw that Buzzfeed article? (Yes. I CAN bring this rant full circle.) It’s because I’ve been the plus size girl. By mainstream standards, I still am (to which I scream a loud BULLSHIT, because I do think the mainstream standards are impossible to live up to and mostly unhealthy…with that much I do agree). I do think that women need to be more confident in themselves as people. As humans. In their career choices. Their hair color. Their quirks. So on and so on. I do think that women need to rely on their own awesomeness and be certain of that instead of depending on what other people think of them. I do not think that that means you need to be okay with being unhealthy.

I have a hard time with this, because I get what being confident in your own skin means. But I also get what being unhealthy feels like despite being confident in that skin. So I look at those photos of Tess and I think she is a very beautiful lady. She clearly gets that whole saucy smizing thing that Tyra talks about on ANTM. 🙂 But I don’t think she looks healthy despite that confidence. And THAT. That’s what scares me about the plus size movement.

I absolutely agree that you should be you. Be confident in who you are all the time, but being confident in who you are doesn’t mean you have to be comfortable with being unhealthy. It’s not fat shaming. It’s not saying fat is ugly. It’s not anything that people are going to want to assume I’m saying because it’s easier to bully than to listen or be constructive or communicate in an educated way. Being confident in who you are is an internal thing. It’s knowing who you are and what you believe in and upholding your values and morals. DO THAT. ROCK THAT. And whether you’re a size 2 or a size 18, DO THAT. ROCK THAT. But do it healthy. Stop consuming the nasty stuff we are nearly forced to consume. Do some sort of physical activity. Drink water. Take care of yourself. Respect yourself from the inside out. That’s what the plus size movement should really be about. It should not be about saying we’re okay with people being fat because “fat can be beautiful, too”. Sure it can. I know many people who fall into that category. But I think it should be about learning to respect who you are on the inside so that you feel confident on the outside and take care of yourself because you know you’re worth it!

What do you think about the whole plus size movement? Are you okay with the praise being placed on it or do you feel like me in thinking that the focus should be on healthy living from the inside out instead of someone’s size?

Search Dawn On Me